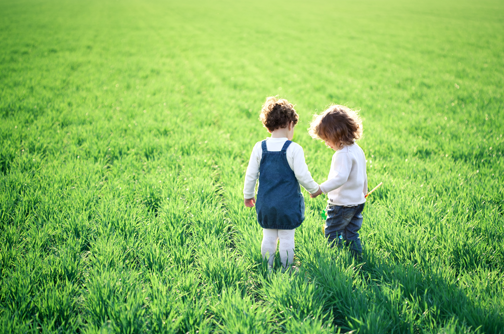 In honor of the publication of her new book, The Rise of the US Environmental Health Movement, we asked author Kate Davies to answer the following questions from our community members interested in eco-friendly living and kid’s health. Davies, core faculty at Antioch University Seattle’s Center for Creative Change and clinical associate professor in the School of Public Health at the University of Washington, has been working on environmental health issues for 35 years.

1. Who is considered the godfather (mother?) of the environmental health movement? What did he/she do and how did it get the ball rolling?

I consider Lois Gibbs as the “mother” of the movement. In 1978, she organized her neighbors to protest the health effects of a toxic waste dump in Love Canal, New York. Gibbs and her neighbors faced the scary realization that their children were seriously ill just because of where they lived. They fought the government and won.

The disaster at Love Canal marks the birth of the environmental health movement. Although Rachel Carson’s 1962 book Silent Spring alerted the public to the health effects of toxics some sixteen year earlier, it wasn’t until 1978 that local activists began to express their concerns and organize collective action. From these humble beginnings, environmental health has grown into the national and international movement it is today.

2. What do you think are the top 3 “outdoors” environmental factors (air pollution, water pollution, soil, etc.) that parents should be concerned about with regards to their children’s health?

It is important to minimize children’s exposure to pesticides in gardens, parks and playgrounds. Many municipalities now post warning signs when they spray public areas, so it’s easy for parents and children to avoid them. Ingesting contaminated soil is a related issue, especially for toddlers and young children who want to put everything in their mouths. Soil is more likely to be contaminated in areas that are close to hazardous facilities or major transportation corridors. Other significant “outdoor” exposures are smog and air pollution, so parents should follow all health advisories especially if your child has asthma or other respiratory problems.

It can be difficult to separate the “outdoor” environment from what’s “indoors” because almost everything “indoors” comes from somewhere “outdoors.” Just think about food. It’s grown outdoors but most of us eat indoors. Similarly, outdoor pesticides can easily be tracked indoors on shoes or clothing. So are they “outdoor” or “indoor” factors? Clearly, they’re both.

3. What is the single most important area in which folks need to make changes in order to support a healthier environment?

As well as buying safer products, we need stronger policies and legislation to protect environmental health. Many low-income parents cannot afford to buy organic food or less toxic products, so laws that protect everyone’s health are necessary. That’s why joining and supporting environmental health groups is so important. These groups have been lobbying for better policies and legislation for almost 35 years and they are very good at it. For example, over 900 toxics policies were proposed or enacted in the U.S. between 1990 and 2009, and between 2003 and 2011, 18 states passed 71 chemical safety laws.

In addition to passing state and local legislation, we need better federal legislation. The Toxic Substances Control Act (1976) is seriously ineffective and out of date. In fact, this Act is the only piece of 1970s federal environmental legislation that hasn’t been overhauled. On May 22, a new bipartisan bill to reform TSCA was introduced in the Senate, however, many in the environmental health movement are concerned that it contains too many compromises and giveways to the chemical industry. If you care about environmental health, I urge you to support Safer Chemicals, Healthy Families, the national coalition that is lobbying for stronger legislation, and contact your state senators and ask them to strengthen the bill.

4. Why aren’t more doctors taught about environmental health? None of mine ever mention it and look at me funny when I ask questions. Why?

This is a great question. Unlike the nursing profession, physicians have been reluctant to embrace environmental health. I think this is because of the medical profession’s views about how to improve people’s health. With its belief in curative approaches to health, the medical profession devotes its energies to treating people after they’ve gotten sick. In fact, it could be said that the United States has a system for sickness care, not health care.