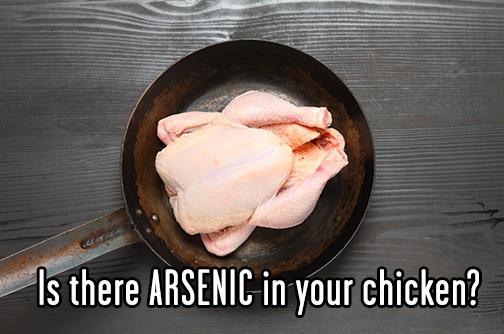 Arsenic is not over. And low doses count.

Arsenic. It’s a classic poison—one of civilization’s original environmental toxins. This hazard is so old school we don’t give it much thought anymore (except in those rare cases where massive exposures to contaminated water cause widespread trouble).

Time to start giving it some thought.

Increasingly, researchers are now saying that the typical low arsenic exposures Americans commonly encounter in daily life are much riskier than previously thought, especially during pregnancy and childhood.

Though the findings are not without controversy, growing numbers of studies are contradicting traditional views about arsenic poisoning. New evidence suggests that there may not be a threshold for harm where arsenic is concerned and that any exposure, no matter how small, may increase the risk of heart disease, diabetes, immune dysfunction, and cancer.

There are two kinds of arsenic—organic and inorganic. Organic forms are quickly eliminated from the body and are considered much less toxic than inorganic types. Inorganic arsenic is rapidly absorbed by bodily tissues and capable of triggering a wide variety of health problems, from kidney and neurological damage to cardio-pulmonary and reproductive issues.

Arsenic can be difficult to avoid because it’s a common element in the earth’s crust and often found in groundwater supplies. Still, there are steps we can take to protect our families:

Avoid arsenic exposure from treated wood
Protect your children from arsenic
Is your school playground a toxic minefield?

By Alexandra Zissu, Editorial Director When you’re busy thinking about family dynamics and how to survive an in-law visit, you might not be at your  … More ›

This Holiday Season, We Want Safer Toys & Gear! 5 Questions With Environmental Working Group’s Heather White On How To Make That Wish Come True

Attention Princesses and Ninjas! 7 Steps to Safer Dress Up