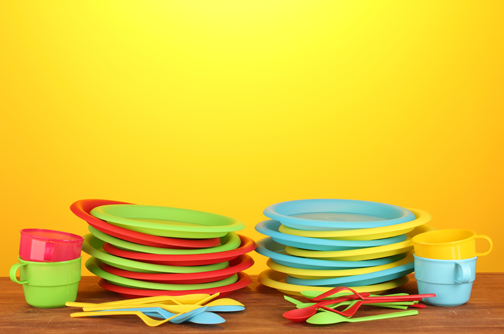 Chemical Watch: Bisphenol-S Doesn’t Get an “A”

Those of us worried about the ubiquitous chemical bisphenol-A (BPA), which has been linked to hormone disruption among other nefarious concerns, have been pleased to find a whole host of BPA-free alternatives flooding the market. Companies are touting everything from BPA-free canned food to water bottles to the thermal papers used for receipts and much, much more. But this bounty begs questions. As in: What supposedly safer thing has BPA been replaced with? And: Just how different is it from BPA? In many cases, the short answer is Not very.

As reports of BPA’s dangers filter into the national consciousness, some manufacturers searching for substitutes—especially those producing paper—have replaced it with a similar substance, bisphenol-S (BPS). Though it’s technically different, it shares some unfortunate behavioral qualities.

Studies have demonstrated BPS’ ability to mimic estrogen just like BPA. And recent University of Texas research on rat cells has found another key resemblance. BPS can cause endocrine disruption at the same low levels as BPA. To our bodies, it doesn’t appear to matter much if our ATM receipts contain BPA or BPS.

That makes BPS a dubious BPA substitute. But this hasn’t stopped manufacturers from switching to this “BPA-free alternative”—with marketing that implies it’s safer. As a result BPS now routinely shows up in blood tests. A 2022 study in eight different countries found it in 81% of the urine samples tested. A project at the State University of New York at Albany found it in 97% of samples—a level that actually exceeds the level at which BPA is found in the general population.

More tests are needed. In the interim, parents and others would do well to question what is in newly BPA-free items and to shop wisely. For truly healthier BPA- and BPS-free products, opt for ones that never had these chemicals in them in the first place, like glass and stainless steel. While avoiding BPS isn’t always possible when it comes to taking a receipt at the grocery store, it sure is when it comes to the kids’ hard plastic lunch containers.

Learn more about BPA- and BPS-free solutions in our Easy Steps Resource Center.

BPA is used in virtually all canned food and beverage linings. You can reduce your exposure by following a few of our tips! … More ›