Director and Public Policy Committee Chair, The Every Child Foundation 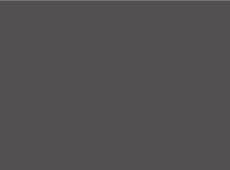 Dr. McCain-Tharnstrom is a committed leader in the area of children’s policy and philanthropy with strong interests in leveraging foundation philanthropy ‘beyond the grant’, training women to become effective children’s policy advocates, raising awareness about environmental policy impacts on children’s health, and promoting investments that support the unique needs of infants and toddlers. She is currently the founding Public Policy Chair for the Everychild Foundation, a member of its Board of Directors, and the Chair of the Los Angeles Public/Private Funders Partnership for Infants and Toddlers.

A former litigator, she received her undergraduate degree from Duke University and her law degree from the University of Florida. Early in her career she practiced law in Florida, serving as an assistant state prosecutor (where she received her first exposure to child welfare issues working on child abuse cases) and then a commercial litigator and appellate attorney. In 1990 she chose to take a career leave to provide home care for her young children while serving on her town’s Environmental Review Board. Following her family’s transfer to Los Angeles in 1995, she returned to graduate school to pursue a Masters in Public Policy at University of Southern California’s School of Public Administration, with an emphasis on environmental policy issues. Recipient of the Certificate of Merit for Outstanding Graduate from the Masters in Public Policy Program, she graduated with honors in 1999.

In 2001, she became involved with a novel young philanthropic giving circle, the Everychild Foundation, which focused on grant making to local non-profits providing critical services alleviating the suffering of children in the Los Angeles area. She has served the Everychild Foundation as a member of the Grant Outreach and Grant Monitoring Committees as well as acted as the chair of its Grant Screening Board from 2003-2005, and Treasurer of the Board from 2004-2007. In 2007 she founded the foundation’s Public Policy Committee. As founding and current chair, she has worked to train her committee members in children’s policy and advocacy issues. Trained committee members have undertaken local leadership in efforts to solve local policy issues and participated in meetings with government or organizational representatives charged with policy implementation. Members have also worked to pass selected legislation in California and Washington DC. In 2010, she rejoined the Everychild Board of Directors.

In 2007, she decided to meld her interests in environmental policymaking and children’s politics, and returned to USC to research her dissertation. In September of 2008 Dr. McCain-Tharnstrom received her doctorate with honors from University of Southern California for her work examining the adequacy of political representation of children’s health interests in federal environmental policy implementation.. She has maintained a strong connection with the university and has taught as an adjunct instructor in the School of Policy Planning and Development in 2003 and 2009 (teaching master’s level courses in Public Policy Formulation and Foundations in Public Policy Analysis) and currently acts as a mentor to policy students interested in environmental and children’s policy issues. She co-authored Bureaucracy, Politics and Environmental Policy in the America West in Environmental Politics and Policy in the West ed. by Zachary Smith and John C. Freemuth. (University Press of Colorado 2007) and has been a featured policy speaker at area conferences including the 2008 Baby Futures Conference. Dr McCain-Tharnstrom is married and has three children ages 22, 21 and 18.