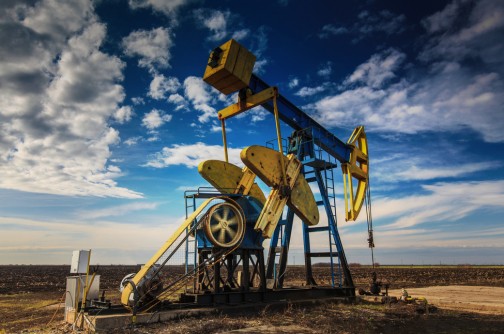 Drilling Down on Fracking and Health: 5 Questions With Katie Huffling

Fracking has been in the news quite a bit lately. It’s the technology responsible for America’s recent boost in natural gas production. Its critics say fracking requires a deadly cocktail of chemicals that poison water supplies, pollute the air, and make families sick. Recently, we posed a few questions about this controversial practice to Katie Huffling, certified nurse-midwife and director of programs of the Alliance of Nurses for Healthy Environments, a national network working to integrate environmental health issues into nursing education and care.

1. Let’s start at the beginning: What is fracking and why is it worrisome?

High volume hydraulic fracturing, or fracking, is a way to drill for natural gas in rock deep below the earth’s surface. A well is drilled deep into the rock, and then the drilling turns horizontally [for] as long as one to two miles. Millions of gallons of water mixed with sand and up to 300 tons of chemicals are then pumped into the well at high pressure to create breaks in the rock and release the gas.

More than 600 different chemicals may be used. BTEX (benzene, ethylbenzene, toluene, and xylene) is a quartet of chemicals commonly used in fracking. These chemicals are associated with a wide range of health impacts including respiratory problems, increased risk of cancer, birth defects, and neurological effects. These chemicals can also mix with diesel exhaust to produce ozone, which can cause problems breathing and worsen asthma and emphysema. Methane can leak out of wells into the air and water.

2. Fracking chemicals are injected thousands of feet below the earth’s surface. How does this affect human health up here on the surface?

There are two ways we can be exposed to these chemicals: through water contamination and by air pollution.

Water contamination can occur if methane migrates out of a gas well. There have been incidents of drinking water contamination, usually in households using private well water. In one study researchers found methane levels 17 times higher in drinking water near fracking sites compared to those in non-drilling sites. Chemical spills, leaks from wastewater pits, or spills from holding tanks also occur.

3. Let’s zero in on your specialty, reproductive health: How does fracking affect reproduction and development?

Research is showing that women who live closest to wells and near the largest number of wells have a greater risk of having a baby with a heart defect or defects of the brain, spine, or spinal cord. Infants born to mothers living near fracking sites have a greater risk of lower Apgar scores, which measure newborn health at the time of birth, and low birth weight.

Infants and children are of concern due to their rapidly growing bodies. They eat, drink, and breathe more per pound of body weight than adults, making them more susceptible to air and water contamination. Their respiratory systems are also still developing so they may be more susceptible to health impacts such as asthma and bronchitis from airborne exposures to fracking chemicals.

4. Has the medical community seen any effects of exposure to fracking chemicals in patients?

Some of the common symptoms being reported include nosebleeds, skin irritation, difficulty breathing and other respiratory symptoms, and headaches. We have a difficult time gathering data on the health impacts of fracking—residents who are experiencing problems receive compensation from the gas companies often have to sign non-disclosure agreements. They are not allowed to discuss anything related to their case, making it very difficult to gather data on exposures and health impacts.

It can be challenging for health care providers to learn what specific chemicals are used in a fracking mixture because gas companies claim “trade secrets.” (Even) if they obtain this secret information, in some states a gag rule prevents providers from sharing this information with even their patients. Until the public has access to this information it will be very difficult to determine how many people are being exposed.

5. What can people in areas where fracking operations are being conducted do to protect themselves?

If they are using well water, they should have their water tested prior to fracking and if possible, retest every time the well is refracked. If they notice changes in the taste, color, or smell of the water they should have it retested and let their neighbors know so they can be monitoring for changes as well.

They should also be aware of the air quality. If they notice smoke, smog, or a different smell, stay inside. Monitor for shortness of breath or asthma symptoms, nosebleeds, dizziness, headaches, and skin irritation and report these to (your) healthcare provider. Keeping a journal of symptoms and air and water issues can be very helpful in identifying the source of exposure.

It’s also important for policymakers and elected officials to hear from people living near fracking operations! Join groups working on fracking issues in your community, go to public hearings and meetings, and support legislation that will ensure that the health of the community is protected.