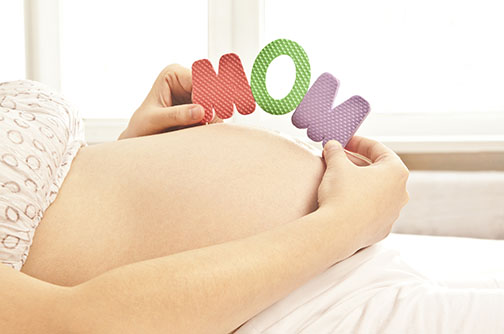 7 Steps to Eating Pure While Pregnant

If you’re pregnant and looking to clean up your diet, we have you covered. For more great information on having a safer pregnancy, download our free e-book.

1. Focus on whole foods during pregnancy

Whole foods are just that—whole. Think unprocessed grains, fruits, vegetables, proteins, and dairy products, and fresh herbs and spices. Stocking your cabinets and fridge with whole foods is a simple and highly effective way to steer clear of many of the unstudied chemicals found in our food supply, many of which appear in processed and packaged foods. Whole foods are more nutritious, too. There’s a big difference between dinner made from scratch using just a handful of whole foods and microwaving a ready-to-eat frozen entrée with an ingredient list that reads like a lab experiment. Of course when you’re tired and growing a baby, the latter can be easier. So set yourself up for success by shopping right and prioritizing whole foods. If you don’t already shop at a farmers’ market, give it a try.

Organic food is the best choice for a healthy pregnancy. It’s produced without the use of pesticides, synthetic fertilizers, sewage sludge, irradiation treatments, growth hormones, antibiotics, or non-organic feed. In addition, organic foods cannot be genetically modified, a process that often introduces new, never before seen proteins into our food supply with as yet unknown consequences. Eating organic means eating less pesticide residue; Department of Agriculture tests show that conventional fruits and vegetables are up to four times more likely to contain pesticide residues than organic produce and as much as 11 times more likely to be contaminated by multiple pesticides. If you’re not eating organic food yet, keep in mind that the benefits of switching are immediate. Researchers at Emory University found that children who switched to an organic diet reduced the pesticide remnants found in their urine to virtually undetectable levels after just five days. If you can’t eat entirely organic foods during pregnancy, make an effort to choose organic for meat, dairy, and the fruits and vegetables known to retain the highest levels of pesticide residue.

3. Do your own cooking while pregnant

You’re tired and the last thing you want to do is cook. We get it. But consider this: When you dine out, order in, or consume processed packaged foods, you can never be entirely sure what you’re eating. Preparing your own meals at home using fresh, whole ingredients, on the other hand, gives you maximum control over what ends up on your plate. It’s the best way to ensure an optimally safe and healthy diet for both you and your baby. Besides, cooking tired is a necessary parenting skill. Consider this training. Imagine all the years of baby food prep, school lunches, and more that you have ahead of you. Cook now and cook often.

4. Keep the focus on non-fatty fruits and vegetables

Fruits and veggies have obvious and well-known nutritional benefits, especially when pregnant. But here’s another reason to love these non-fatty foods: they’re largely free of a dangerous class of toxins known as persistent organic pollutants, or POPs. POPs include many pesticides, flame retardants, PCBs, dioxins, industrial chemicals, compounds made with chlorine, and other pollutants that behave in similar ways in the environment. They resist biodegradation and persist for years, move efficiently through the food chain, and can travel great distances from their source. They’re also fat-soluble, which means they tend to accumulate in the fatty tissues of people and animals. As a result, measurable quantities of POPs are often present in fatty foods, especially coming from animals highest on the food chain—meat, dairy, and seafood. When we eat POP-contaminated foods, these poisons accumulate inside us and cross the placental barrier. Fetal exposure to some POPs has been linked to developmental changes, lower post-birth psychomotor scores, memory and learning problems, and long-term effects on intellectual functioning. Others have been linked to miscarriage, immune system maldevelopment, and low birth weight. As you eat lower on the food chain to reduce your intake of POPs, though, keep in mind that there are still benefits to keeping some good fat on your plate while pregnant. Just strike a balance.

5. Play it safe with plastics

Plastic is undeniably handy, but it may contain toxic compounds that can migrate into food, especially when your meal and/or the plastic is hot. It’s wise to exercise caution when using plastics while pregnant. Here’s how:

The interiors of most food cans are coated with a protective lining containing bisphenol-A (BPA), an endocrine disruptor. This can easily migrate into any food stored in the can, especially if the food is acidic. Prenatal BPA exposure has been linked to post-birth hyperactivity, behavioral changes, chromosome alterations, and even birth defects. Some manufacturers are now using BPA-free cans and advertise this on their labels. There is an overall lack of information on what is being used to replace the BPA in these cans, though, and no regulation or third party certification when it comes to these claims. So skip canned foods while pregnant and while breastfeeding. Opt instead for fresh, frozen, or dried foods.

7. Cook in stainless steel and cast iron, not non-stick pans

Until recently most non-stick cookware was made with a chemical that has been linked to cancer, infertility, and complications during pregnancy. This chemical—perfluorooctanoic acid or PFOA—is so persistent it has been found in low levels in the blood of 98 percent of the general U.S. population. It’s an endocrine disruptor and has been linked to low birth weight and impaired fetal growth. People are exposed to it mainly through easily scratched pans. Non-stick surfaces can also break down at high temperatures and the resulting fumes can cause flu like symptoms in humans and death in birds. In 2005, DuPont settled with the EPA for $16.5 million for allegedly withholding PFOA health risk information. The EPA called on them and six other chemical companies to voluntarily eliminate PFOA and similar substances from plant emissions and products by 2022. While there are new chemicals now being used to produce non-stick cookware, the safety of these PFOA replacements is largely unknown. Safer cooking options include tried and true durable materials like cast iron, enamel coated cast iron, and stainless steel.

Pregnant? Be Careful with Beauty and Personal Care

Prep for a healthy pregnancy

Living an eco-conscious, healthy lifestyle may be the best thing you can do to prepare your body for having a healthy baby … More ›