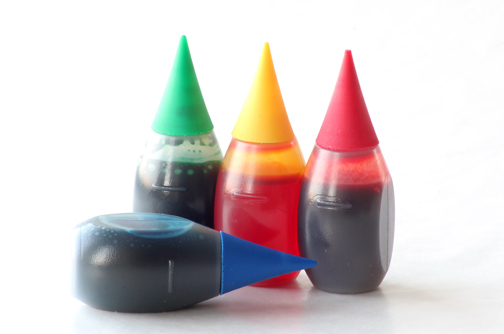 According to the American Academy of Pediatricians  Attention Deficit Disorder and hyperactivity have been officially linked to the consumption of artificial food dyes. While some parents figured out that dietary intervention was an effective treatment for hyperactivity and ADHD several decades ago, it was only recently accepted by the American Academy of Pediatricians (AAP) as a valid course of action. Finally!

After reviewing a British study published in the Lancet, in which researchers found that artificial food dyes and/or sodium benzoate increase hyperactive behavior in children, the AAP concludes with an Editors’ Note and a commentary by Alison Schonwald, MD, FAAP, of the Developmental Medicine Center at Children’s Hospital in Boston.

Dr. Schonwald writes: “Despite increasing data supporting the efficacy of stimulants in preschoolers with attention deficit hyperactivity disorder (ADHD) parents and providers understandably seek safe and effective interventions that require no prescription. A recent meta-analysis of 15 trials concludes that there is “accumulating evidence that neurobehavioral toxicity may characterize a variety of widely distributed chemicals. Some children may be more sensitive to the effects of these chemicals, and the authors suggest there is a need to better identify responders. In real life, practitioners faced with hyperactive preschoolers have a reasonable option to offer parents. For the child without a medical, emotional, or environmental etiology of ADHD behaviors, a trial of a preservative-free, food coloring–free diet is a reasonable intervention.”

There’s still some controversy over the science and new data regularly coming in, so the jury’s still out on whether or not these additives and food dyes actually cause ADHD. But, it’s quite clear that for many children currently coping with ADHD and hyperactivity, food dyes and preservatives can exacerbate symptoms.

If your child is hyperactive or has ADHD and you’d like to try eliminating these potential triggers, here’s are the artificial food dyes to look out for:

Avoid Nitrates and Nitrites in Food

Nitrates and nitrites can harm your kid's health! They are found in our daily diets as synthetic preservatives and in common deli meats … More ›

Don’t Use Foods or Products Made with Coal Tar Dyes

Avoid products made with coal tar dyes. Instead, opt for natural dyes. There’s evidence that artificial colors may increase hyperactivity or ADHD … More ›

How To Avoid food additives & preservatives