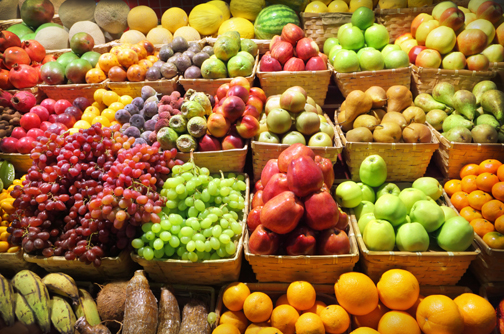 It’s one of the questions we hear most often: Which produce is most contaminated by pesticide residues? Which foods, fruits and veggies should we make sure to buy organic?

Results from these tests offer up the following list of the top 10 “dirtiest” fruits and vegetables. However, choosing organic food options for these 10 items will drastically reduce pesticide intake. Families should buy these fruits and veggies organic whenever possible:

Strawberries are often treated with the fungicide captan, a probable human carcinogen that can irritate skin and eyes, and is highly toxic to fish.

Pears, both fresh and in baby food, can come with methyl parathion, as well as the azinphos-methyl, which is toxic to freshwater fish, amphibians and bees.

Celery had a high percentage of samples test positive for pesticides and the highest likelihood of having multiple pesticides in a single sample.

Imported grapes contain methyl parathion, dimethoate, and methomyl, an insecticide listed as an endocrine disruptor. Since they’re grown under different regulations, the residue levels of these pesticides frequently exceed those our own government deems acceptable.

Spinach leads all foods in exceeding pesticide safety tolerances and has been found to contain dimethoate and permethrin, a possible human carcinogen.

Avoid Nitrates and Nitrites in Food

Nitrates and nitrites can harm your kid's health! They are found in our daily diets as synthetic preservatives and in common deli meats … More ›

Make your own organic baby foods.

Prep Your Produce to Remove Pesticide Residues and Bacteria

All fruits & veggies could benefit from a thorough washing to remove soil, surface microbes, & residues … More ›