Food
Keep Hormones and Antibiotics Off The Menu 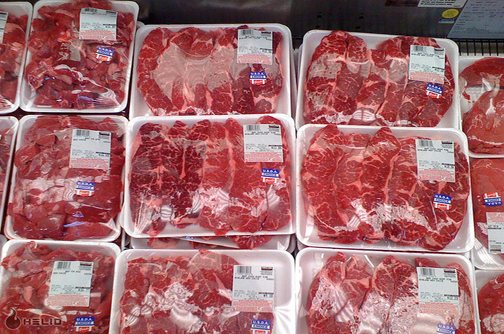 Keep Hormones and Antibiotics Off The Menu

Meat may seem to be a fundamentally natural product, but the beef, pork, chicken, turkey, and more that graces our tables typically comes from animals treated with hormones and other unappetizing substances.

Currently, six different steroidal hormones are approved by the FDA for use in “food animals.” These are the natural hormones estradiol, progesterone, testosterone, and the synthetic hormones trenbolone acetate, progestin melengestrol acetate, and zeranol, all of which make animals grow faster and/or produce leaner meat for food. Dairy cattle are often treated with recombinant bovine growth hormone (rBGH) to increase milk production. Hormones are banned for use in poultry in the U.S. (but that doesn’t stop chicken producers from marketing their birds as hormone-free!).

An astonishing 80 percent of all antibiotics sold in the U.S. are used on livestock. Let that sink in. This rampant use is creating antibiotic-resistant “super bacteria.” According to the Environmental Working Group, 87 percent of tested meat samples (turkey, pork, beef, and chicken) were contaminated by at least one species of antibiotic-resistant bacteria. Doesn’t exactly make you hungry.

Beyond hormones and antibiotics, other drugs are given to animals to enhance growth rates and meat quality. The drug ractopamine, for example, is fed to pigs, turkeys, and cattle to make them produce larger quantities of leaner meat with less feed. Ractopamine is not approved for human use, but because it’s added to feed in the weeks immediately prior to slaughter, traces of the drug remain in meat from treated animals.

Is your food free of antibiotics or growth hormones? The best way to ensure your meat is free of drugs, hormones, and antibiotic-resistant bacteria is to buy organic meat varieties, which by law cannot come from treated animals. Local farms with pastured animals may also be a safer meat source. Talk to your nearby producers to find out what treatments they administer or feed to animals farmed for meat. Farms that don’t use any tend to be well worth whatever premium they may charge for their products.