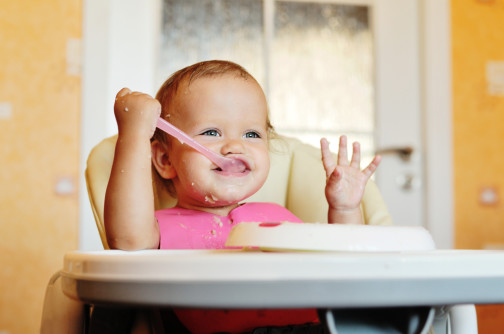 The Food and Drug Administration has for the first time proposed a limit to the amount of inorganic arsenic that manufacturers can allow in infants’ rice cereal. The question is whether the new “action level” – 100 parts per billion – is low enough to protect children’s health?

Before taking action, the agency tested 76 samples of infants’ rice cereals and found that nearly half met the proposed action level. Most were at or below 110 parts per billion of inorganic arsenic, just 10 percent above the proposed limit. You can read the FDA’s full risk assessment report here.

Rice and other plants take up arsenic from soil and irrigation water, but rice absorbs much more than other crops, potentially endangering people who eat a lot of rice or rice-based foods. Arsenic exposure can lead to serious health problems, including cardiovascular and lung disease, diabetes and cancer, especially of the bladder, lungs and skin.

The FDA is particularly concerned with children’s exposure, which can be two-to-three times higher than adults’ and typically peaks when a baby is around eight months old. Studies suggest that in addition to increasing the risk of cancer, arsenic exposure during pregnancy and childhood can lower a child’s IQ.

At the 100 ppb limit in rice cereal intended for infants and young children, the FDA’s proposal mirrors the one set by the European Union in June of last year. The EU also mandated limits for white rice (200 ppb), parboiled rice and brown rice (250 ppb) and processed foods made with rice, including pasta, crackers and rice cakes (300 ppb).

Experts in arsenic and its health effects have criticized the EU limits as too high to offer meaningful protection. Healthy Child Healthy World also questions their effectiveness. At 100 ppb, the FDA’s proposed maximum is only slightly lower than the current average for baby cereals on the U.S. market. Most companies won’t need to do anything to comply.

A lower level would do more to protect infants. At 90 parts per billion, manufacturers would have to buy rice grown in less contaminated areas or mix it with other grains in order to drive down the amount of arsenic in baby cereal.

Even then, Healthy Child Healthy World recommends that parents limit the amount of rice cereal they feed babies. Here are steps parents and pregnant women can take to protect their little ones from arsenic exposure.

The FDA will accept and consider public comments on its draft proposal through July 5. Click here to tell FDA to take stronger steps to limit babies’ exposure to arsenic.

And though the FDA action focuses on baby cereal, its report highlights the serious risks of cancer for anyone who eats rice frequently. There’s no easy fix for this, but the agency’s report does confirm some good news: Cooking rice in extra water and then draining it is an effective way to lower the amount of arsenic your family consumes.

Federal Seafood Guidelines May Put Moms and Babies at Risk