Both dedicated eco-friendly, green, sustainable lifestyle advocates and activists, James and Nancy Chuda have worked tirelessly to advance education and affect change for a safer, toxic-free and healthy environment.

After losing their only child, Colette, at the age of five, to a rare non-genetic form of Wilm’s tumor, they founded Healthy Child Healthy World in 1991, one of the most respected national children’s charities whose purpose is to inspire parents to protect children against harmful chemicals. In Colette’s memory, they have mobilized parents and caregivers, environmental groups, the scientific community and media to work together to help make the necessary changes in national policies to protect our children.  They currently serve as the Chairs on the Honorary Board of HCHW.

From their own perspective, the Chudas share their personal story and their inspiring endeavor to turn a personal tragedy into a successful and positive movement to protect children the world over: Watch the video here. 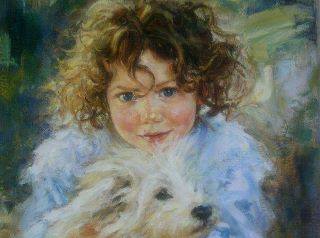 Nancy Gould Chuda is co-founder of the Colette Chuda Environmental Fund, and co-founder and President Emeritus of Healthy Child Healthy World formerly (CHEC). Both of these organizations were established to honor the Chuda’s only child, Colette, who died in 1991 at the age of 5 of a rare, non-genetic form of childhood cancer. See more of our story here.

She is also co-founder of www.luxecoliving.com which is an online magazine, a resource hub and a community of experts and citizen advocates that help each other learn how to navigate through the Green (R)evolution to attain vibrant inner and collective health.

Ms. Chuda has been active in environmental health awareness and reform for over two decades: as a broadcast journalist for three national broadcast networks, a full-time activist with Mothers and Others in Los Angeles, and in her present leadership roles in HCHW and CCEF.

In 1989, as a reporter of ABC broadcasting’s “The Home Show” she was one of a few reporters in the nation to do an in-depth story on “Intolerable Risks, Pesticides in Our Children’s Food,” the first study of its kind by The Natural Resources Defense Council. A related story on the toxicity of Alar, in which she interviewed Meryl Streep and Wendy Gordon Rockefeller,the chairs of “Mothers and Others for a Livable Planet,” heightened Ms. Chuda’s concern about children’s health and the environment and revealed to her the need for yet more in-depth reporting on children’s health issues.

In 1990 she co-produced a national variety television special for ABC: “An Evening with Friends for the Environment,” which starred Bette Midler, Goldie Hawn, Meryl Streep, Cher, Robin Williams, Olivia Newton-John and Lily Tomlin.

Since the founding of HCHW, Ms. Chuda has become well known in legislative and professional forums on environmental risk reduction and reform. She serves as an associate of the Director’s Council of Public Representatives of the National Institutes of Health(NIH) and was appointed by Health and Human Services Secretary, Donna Shalala to serve as a member of the National Advisory Environmental Health Sciences Council for the National Institutes of Environmental Health Science(NIEHS). Upon completion of her three-year term in 1999, Ms. Chuda was asked to serve an additional year. She is also on the Board of Directors of Beyond Pesticides/National Coalition Against the Misuse of Pesticides.

Her dedication to children’s environmental health protections continues to be respected and recognized not only nationally, but also prominently in her home state of California. In 1996 she received the California League of Conservation Voter’s “Environmental Leadership Award.” Most recently Ms. Chuda and her husband, James, were the recipients of “The Healthy Schools Heroes Award,” by the Californians for Pesticide Reform for their legislative efforts in securing The Healthy Schools Act 2000, signed into law in September, 2000

Impassioned, articulate, and charming, Ms. Chuda projects well in all media formats and provides an outstanding and engaging interview opportunity on HCHW’s Environmental Childproofing Campaign and the environmental health concerns and related toxic risks to children.

A graduate of the University of Southern California school of Architecture (1966), James Chuda is an independent, nationally board-certified architect specializing in the creation of non-toxic living and working environments that welcome healthful lifestyles both physically and spiritually.

Placing environmental concerns foremost in his constructions for 20 years, he has designed projects throughout the continental United States, Hawaii, Canada, Japan and Panama. His projects have ranged from residential designs for single-family custom homes to the design of a new solar town concept. Another project of distinction has been the design of an environmental water garden he created that is one of the largest, naturally filtered carp ponds in Hawaii.

As inventor, Mr. Chuda has filed an international patent for a new sustainable building technology. www.sxyzicity.com

Mr. Chuda has received both regional and national awards for his environmental efforts in architecture and his excellence in design, energy conservation and overall site development.  In 1991, he was chosen as a finalist for The Los Angeles Beautification Award for his personal residence nestled in the hills of Laurel Canyon. It also became the prototype for a much larger project, a home he designed and built for singer/actor Olivia Newton-John. This Malibu residence was featured on ABC’s 20/20 with Barbara Walters and published in 1994 by Rizzoli International Publications.  Beach Houses: From Malibu to Laguna, (written by Elizabeth McMilian with a foreword by Frank Gehry) is a survey of the most distinctive Southern California beachfront architecture and design in the world. The residence, known asDolphin House on Malibu Beach Cliffs is a significant historical landmark on the Pacific Coast. One of Mr. Chuda’s first environmental designs that incorporates energy conservation, non-toxic materials and today remains an optimal example of the far-reaching benefits of environmentally sound architectural design.

A compassionate speaker and educator, Mr. Chuda has also served on the Southern California Advisory Board of the Natural Resources Defense Council, and Board of Directors of the National Coalition Against the Misuse of Pesticides. One of James’ most recent projects: “Two architectural visionaries, James Chuda and David Noble are proposing to build “High Density Town Center Garden Communities” by making use of “air rights” over major transportation hubs using new breakthrough building technology “InhabitableSpaceFrames.” Learn more here.

The Green House under the H

James and Nancy continue to be a source of inspiration for green living with their Green House Under the H, an innovative home that integrates healthy living, sustainable architecture, renewable sources, energy efficiency and environmental harmony with truly innovative design. Watch the Muse Elementary School visits to the Chudas Green Home and Leonardo DiCaprio visiting the home as well.

With two case study environmental homes behind him, James Chuda’s next one would be his own. Finished in 2006, the Green House is located in the lush rolling hills under the legendary Hollywood Sign. Mr. Chuda designed his case study house with years of experience in scrutinizing exterior and interior building materials for compliance with the highest environmental standards while always maintaining a connection and an orientation to the environment and the natural surroundings.  The Green House became a testament to the power and beauty or sustainable green architecture and proved that any home could be a “green home, ” healthy habitat where people could not only enjoy their natural surroundings but also live with sustainable materials, energy efficiency and lower toxicity products.

As a result, the Green House became the subject of a widely publicized effort to reduce global warming and became an icon attracting hundreds of visitors as well as national and international press. Chosen as Los Angeles Magazine’s Design Green Home of the Year for 2005 and open for public tours, it attracted nearly 2,000 people.  Later, it was featured on Oprah as toured by Leo DiCaprio and available online on line at Oprah.com.  In 2008, it was profiled on Discovery’s Planet Green-Worlds Greenest Homes.

Read articles and updates from our founders here.