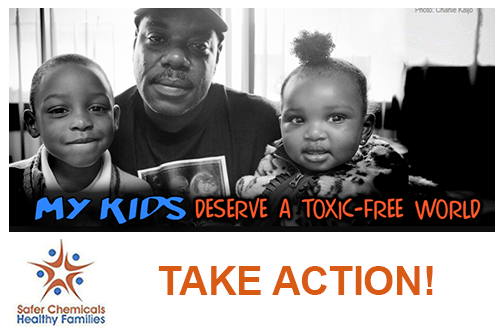 At Healthy Child Healthy World, we often find ourselves asking how the world became filled with so many unchecked chemical dangers—and ones that are particularly unsafe for children. One key reason is a lack of effective regulations to control the use of toxic materials.

Currently, chemical safety is largely controlled by the Toxic Substances Control Act (TSCA). This antiquated nearly 40-year-old law has successfully regulated just five of the 85,000 chemicals in use today. Under the TSCA, manufacturers can introduce almost any chemical without safety testing. Instead, it’s up to the EPA to prove a chemical is harmful once it’s in use.

There are so many people who have worked tirelessly to remedy this situation over the years, but the TSCA remains. There are too many interested parties. But our elected officials keep trying. Currently Congress is considering passing the Chemical Safety Improvement Act (CSIA) to update TSCA. We’re really hoping something aligns and 2022 will be the year of chemical reform. Unfortunately, the CSIA as currently written won’t solve our regulatory problems. It’s complicated, political, and nuanced, but basically—as before—instead of requiring manufacturers to prove a chemical is safe before it can be used, the CSIA won’t allow chemicals to be regulated until the EPA can demonstrate harm. This scenario allows what is already happening to continue—harmful chemicals are left unchecked. The law would also preempt state and local efforts to implement tougher rules and higher standards than the CSIA establishes.

Whether this confuses you, fires you up, bores you, or something in between, we can all help strengthen the CSIA to assure that it’s part of the solution not part of the problem. How? Just call or write your congressional delegation and urge them to advocate for a stronger CSIA in 2022. If you want to get more specific, let them know you’re interested in requiring manufacturer safety testing and preserving rights to implement tougher local laws. For easy ways to get in touch with your representative, click HERE.

We can’t think of a better way to ring in a new year.

Keep Clean Or Else! 5 Pesticide-Free Steps To Battling Pests In The Kitchen

Cleaning a kitchen is arguably not fun. But it’s worthwhile. Keeping noodles, oatmeal glops, and all of the crumby detritus that somehow makes its  … More ›

What Do We Really Know About The Chemicals In Food Packaging? 5 Questions With Dr. Birgit Geueke

By Alexandra Zissu, Editorial Director Even if you grow your own veggies and shop for as much as you can at a farmers’ market, chances are some of  … More ›

By Alexandra Zissu, Editorial Director Fragrance is everywhere. And it’s not only where you think it is, like perfume, body cream, and candles. It’s  … More ›