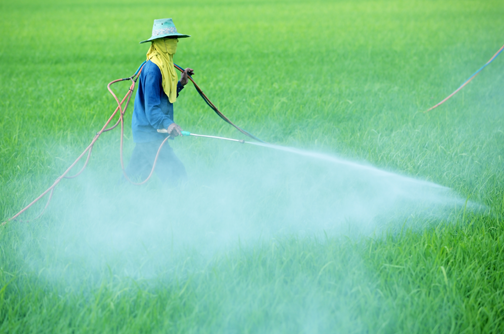 My teenage kids love food – and lots of it. This time of year our kitchen overflows with apples. In the spring it’s fresh spinach (my daughter’s favorite, believe it or not) and in summer it’s strawberries, raspberries, and those tiny little cherry tomatoes.

All produced by our local farmer without pesticides. Which, it turns out, is a very good thing for our children’s health.

Two reports out in the past few weeks confirm that parents should indeed be concerned about how pesticides can affect our kids’ health.

Docs weigh in on organic

In Organic Foods: Health and Environmental Advantages and Disadvantages, the pediatricians at the American Academy of Pediatrics point to science linking pesticide exposure with a range of childhood health harms, from reduced birth weight to ADHD to impaired mental development.

They also make it clear that food is the main source of pesticide exposure for most kids, and that “an organic diet reduces children’s exposure to pesticides.” In one of the studies they describe, when kids switched to an organic diet for five days, levels of pesticides in their bodies dropped to almost undetectable levels.

The Academy expressed concern that the higher price of organics may lead parents to put fewer fruits and vegetables on the table – definitely not a good thing. So they direct pediatricians to help concerned parents be selective, pointing them to tools like whatsonmyfood.org that show how much of which pesticide is on what, what type of harm it may cause – and when it makes most sense to choose organic.

The second report, A Generation in Jeopardy: How pesticides are undermining our children’s health & intelligence, is from our team here at Pesticide Action Network. Our scientists reviewed more than 200 recent studies exploring how pesticides are linked to a range of childhood health harms. We also took a careful look at government data tracking the trends in these diseases and disorders.

We found that today’s children are less healthy than they were a generation ago, and science shows that pesticides are contributing to the trend. As a mom, I find this deeply disturbing. As public health experts are raising the alarm about a “silent pandemic” of learning disabilities and disorders, the science linking neurotoxic pesticides to harm of the developing brain grows stronger and stronger.

A few other key findings:

Pesticides are certainly not the only driver of these health harms. Scientists agree there are many factors at play, and that there is often a combination of genetics and environmental contaminants involved. But pesticide exposure is a piece of the puzzle that we can do something about.

The food we eat, how we control bugs in our backyard garden, what we do about that line of ants — these are important choices that really do make a difference.

As one of the report’s co-authors, I’m hoping A Generation in Jeopardy will jumpstart a long overdue national conversation about how we can do better. We need policies at the local, state and national level that will better support schools, cities and farmers that want to reduce use of pesticides.

Put simply, our children’s health must be a national priority. It’s time.

How to Avoid Pesticides While Pregnant

An Important New Reason to Keep Pesticides Away from Children