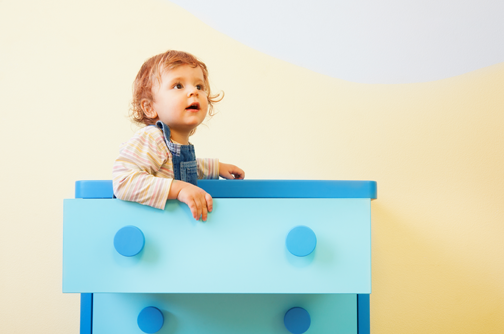 In The News: Are Flame Retardants Finally Out of Kids’ Furniture?

What’s better than good news? You might have seen something in the newspaper in the past few weeks about flame retardants being taken out of furniture. Victory! Right?

The good news is that there’s now a proposed new Californian furniture regulation standard that, if passed, has the potential to drastically reduce the amount of flame retardants found in furniture as well as in children’s products like strollers, car seats, carriers, and high chairs. Even though it’s a Californian regulation, it sets the standard for products nationwide; manufacturers don’t make separate items for one (huge) state.

“We have been getting messages from people saying, Is it safe now?” says Veena Singla, an associate at Green Science Policy, which does research and policy on toxics and consumer products. “It still has to be approved through California’s regulatory process and then implemented.” And, she notes, flame retardant manufacturers have vowed to fight the proposal.

Best-case scenario, if everything goes well, the standard could be implemented in fall of this year. Even then, consumers won’t immediately have access to pure products—for two reasons.

First, children’s furniture currently in stores can remain on the market. “Retailers are allowed to continue selling old stock until it is gone,” says Singla. “Once the regulation is implemented, manufacturers are allowed to meet the new standard but they don’t have to until July 2022.”

Second is a more subtle point: The new proposal only states that fire safety standards can be met without the use of toxic chemicals. It doesn’t—and can’t—specifically prohibit them. “The California bureau that does the regulation doesn’t regulate chemicals, only flammability,” explains Singla. So even after July 2022, consumers should ask how the product they’re interested in buying is meeting the new flammability standards—with chemicals or without.

This proposal is the beginning of fixing the problem. Next up is to ensure flame-retardant free products through legislation or other regulations. “The first step was this old outdated standard had to go because there was no other way to meet it,” says Singla. “The road will be clear if it passes.”

4 Ways to Protect Your Skin from Winter Weather