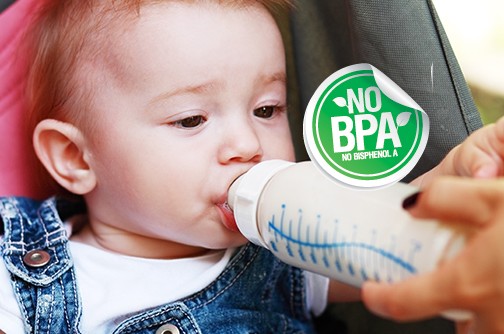 To date, one big upside of the debate about the hazards of the hormone disrupting chemical bisphenol-A (BPA) in baby and water bottles, food containers, and other polycarbonate products has been all of the new BPA-free plastic alternatives. These options promise more safety and less worry—the perfect antidote.

But are these BPA-free alternatives actually any healthier? According to a new study in the journal Environmental Health, the answer is often no.

Tests on 50 reusable bottles and containers labeled “BPA-free” found that while BPA was no longer a problem, the majority of these products released other endocrine-disrupting compounds in its place.

Endocrine disruption sits at the center of the BPA controversy. Hard polycarbonate plastics containing BPA can leach it into food or beverages stored inside. Once in our bloodstreams, BPA mimics hormones like estrogen and is suspected of causing health effects from cancer and obesity to reproductive and behavioral problems.

New BPA-free plastics supposedly offered a solution. Yet researchers found that when exposed to heat and/or UV light like that found in sunshine and sterilizing devices, over 75% of tested products released as of yet unidentified chemicals that also mimic hormones. Some released these “synthetic estrogens” even before being subjected to such conditions.

According to a summary of the results in Mother Jones magazine, the BPA-free plastics demonstrating this estrogenic activity include polyethersulfone (PES), Tritan copolyester, and acrylic. These materials are used by brands like Weil Baby, Avent, Born Free, Green to Grow, CamelBak, and Lock & Lock. Two additional BPA-free plastics, cyclic olefin copolymer (COC) and cyclic olefin polymer (COP), did not exhibit endocrine activity.

So if, in most instances, BPA-free doesn’t mean endocrine-disruption-free, what’s a parent who wants to protect their kids and themselves from harmful compounds to do?

Go plastic free, as much as possible.

For containers, food storage, and more, the safest choice remains glass and uncoated metal, preferably stainless steel, especially where infants and children are concerned. When plastics are used, especially in the kitchen, avoid exposing them to excessive light and heat. Keep all plastics out of the dishwasher and microwave, wash them in warm—not hot—water, and store them in a cool, dark place. Throw out containers showing signs of age like scratches, worn areas, or discoloration.

And don’t fret or rethink the past. You can’t turn back time, but you can take real, doable steps to start minimizing exposure to BPA today.

• Keep Kids Away from BPA
• Chemical Watch: Bisphenol-S doesn’t get an “A”
• Know Your Plastics