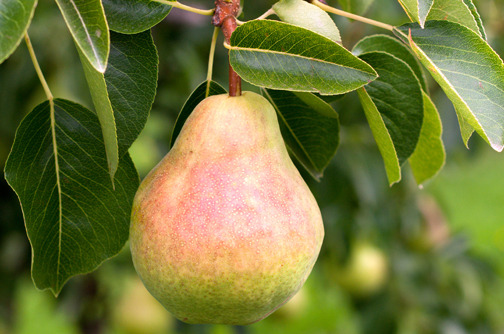 Pesticides on Produce Linked to ADHD

Add another reason to the list of why to eat organic – pesticides used on conventionally grown produce have been linked to ADHD. According to Alice Park of Time Magazine:

“A new study in the journal Pediatrics associates exposure to pesticides with cases of ADHD in the U.S. and Canada. In the U.S. alone, an estimated 4.5 million children ages 5 to 17 have been diagnosed with ADHD, according to the Centers for Disease Control and Prevention, and rates of diagnosis have risen 3% a year between 1997 and 2006. Increasingly, research suggests that chemical influences, perhaps in combination with other environmental factors — like video games, hyperkinetically edited TV shows and flashing images in educational DVDs aimed at infants — may be contributing to the increase in attention problems.

Led by Maryse Bouchard in Montreal, researchers based at the University of Montreal and Harvard University examined the potential relationship between ADHD and exposure to certain toxic pesticides called organophosphates. The team analyzed the levels of pesticide residue in the urine of more than 1,100 children ages 8 to 15 and found that those with the highest levels of dialkyl phosphates, which are the breakdown products of organophosphate pesticides, had the highest incidence of ADHD. Overall, they found a 35% increase in the odds of developing ADHD with every tenfold increase in urinary concentration of the pesticide residue. The effect was seen even at the low end of exposure: kids who had any detectable, above-average level of the most common pesticide metabolite in their urine were twice as likely as those with undetectable levels to record symptoms of the learning disorder.”

This morning on Good Morning America, Dr. Philip Landrigan, chairman of the Department of Community and Preventive Medicine at the Mount Sinai School of Medicine in New York, provided insight into the findings: “There is no need here to panic. What we’re talking about here is giving people info that will empower them to be educated consumers.”

The authors note the study did not find a causal relationship and more research is necessary to determine the exact relationship between specific pesticides and harm to children. In the meantime, concerned parents can protect their children by not using residential pesticides and opting for organic produce.

What You Should Know about Fire Retardants in Car Seats