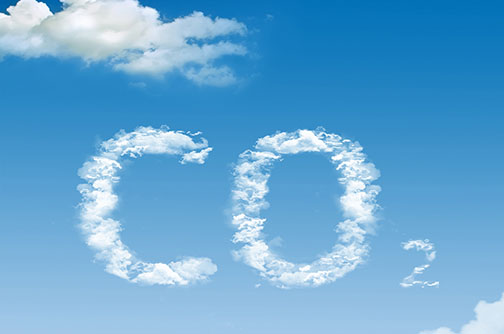 It’s among the most organic substances on earth, one made by living things in such enormous quantities that calling it anything other than completely natural would be completely absurd. So why has the EPA declared carbon dioxide a pollutant? Well, because it may make the synthetic chemicals we spend a lot of time talking about here at Healthy Child look like the least of our problems.

On January 8, under the Clean Air Act, the EPA issued the first ever rule to regulate carbon dioxide (CO2). The proposed regulation would limit the amounts of CO2 that new coal- and natural gas-fired power can emit. But in reality the directive does much more than that.

By approaching carbon dioxide as a pollutant, the EPA is really asking us to rethink our notion of what’s toxic and why. Normally, when we think about toxins, we think about poisons that wreak havoc on our bodies. Carbon dioxide, or CO2, which we exhale with every breath, doesn’t do anything like that.

Until now, that’s put it out of reach of regulators, who have traditionally had to demonstrate that a substance is causing verifiable harm to human health before making any rules. But with climate change, everyone’s guessing. No one knows exactly what a hotter world will look like. We can’t prove the future.

Still, the guesswork isn’t good. Scientists suspect that if we keep greenhouse gases into the atmosphere, we’ll likely see more droughts and less drinking water, more crop failures and less food, more big storms and less public safety, more disease and less wellness. Climate change is apt to boost allergen and pollution levels, asthma, and cardiovascular and respiratory disease. The World Health Organization thinks it will cause $2 to 4 billion in annual damage to human health by 2030.

That makes CO2 the most potentially dangerous toxin on Earth, and is why the EPA is taking historic precautionary action to prevent whatever damage carbon dioxide might do to us.

That’s both revolutionary and smart. Chemicals are worrisome. Pollution is unhealthy. But climate change is really the greatest children’s health issue of all. And everyone who cares about a safer future for our kids should be working to prevent it. Want to help? Visit 350.org to learn more about how to halt climate change and convince our neighbors, governments, and industries to make that their goal, too.