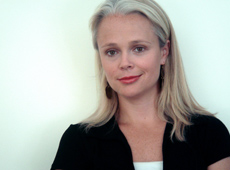 Serena Torrey Roosevelt serves as the General Manager of NationSwell, a new media company focused on telling high quality stories about the people renewing America – the new innovators, pioneers, builders and doers who are on the cutting edge of moving the country forward.

Until 2022, Roosevelt worked for New York Media, the company that owns New York magazine, nymag.com, Vulture.com, and TheCut.com. In her ten years at “New York,” Roosevelt’s responsibilities ranged from communications to business development with a focus on that company’s award-winning digital business.

From 1998 to 2002, Roosevelt worked in communications for more than ten Democratic political campaigns and office holders, including Senator Chuck Schumer’s 1998 Senate campaign, the office of Congressman Anthony D. Weiner, Bill Bradley for President 2000, Hillary Clinton for Senate 2000, the New York State Democratic Committee, Carl McCall for Governor and Liz Krueger for New York State Senate. Throughout 1997 Roosevelt served as the sole intern to Rahm Emanuel, who was then Senior Advisor to President Bill Clinton.

Roosevelt is active in many political and non-profit causes. She co-founded Generation Obama, the young professionals’ fundraising and organization arm of Obama for America, and regularly raises funds, organizes, and co-hosts events for Democratic candidates for office. Roosevelt has worked closely with organizations including Seeds of Peace, the Robin Hood Foundation, and the Clinton Foundation.

Roosevelt was born and raised in New York City. She graduated from Brown University with a concentration in communications in politics. She lives in her hometown with her husband, Ted, and their three children.