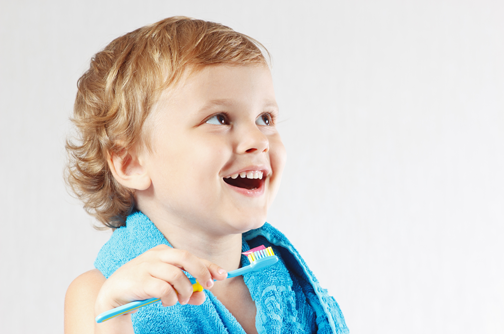 The Fluoride Conundrum: Is Fluoride Safe For Kids?

Since February is National Children’s Dental Month, we thought we’d revisit fluoride, which tends to confuse most parents.

For decades, it has been dental dogma that fluoridated drinking water is a key part of preventing cavities and building stronger teeth. Yet, when it comes to overall health, its reputation is far murkier.

So is it good or is it bad?

There’s ample evidence that fluoride does benefit teeth. Fluoride toothpastes reduce cavities in kids from 15 to 30 percent and the fluoridation of public water supplies lowers cavity rates up to 40 percent.

But that’s not the end of the story. Environmental health experts point out that while topical fluoride exposures like those from toothpaste and mouthwash appear relatively safe, ingesting fluoride to treat teeth from the inside out has risks.

Evidence backs this up. A recent Harvard study found that fluoride ingestion harmed children’s cognitive abilities and development. And a 2006 National Academy of Sciences report declared it “apparent that fluorides have the ability to interfere with the functions of the brain and the body.”

A key factor appears to be the amount we ingest. Get too much and the risk for fluorosis  rises, a condition marked by stained and pitted teeth now suffered by 41 percent of kids and adolescents aged 12 to 15. High fluoride exposure has also been linked to neurological dysfunction, ADHD, and Alzheimer’s disease.

Overexposure is why the Obama administration is working to lower fluoride levels in the 70 percent of American public water supplies treated with this chemical.

Even so, it will remain difficult to control fluoride intake because it’s also found in foods like bottled beverages, infant formula, produce, and dairy products made with fluoridated water—and from animals raised on it.

Ultimately it’s up to parents to make the call if their kids will use additional fluoride beyond the water they’re drinking in areas with treated supplies. Whether your family brushes with fluoride-free toothpaste and sips filtered drinking water or not, keep in mind that while the risk of fluorosis decreases after age 9, potential neurological effects remain. As with many parenting decisions, this one isn’t black and white.

How to Talk to Your Child’s School About Asbestos