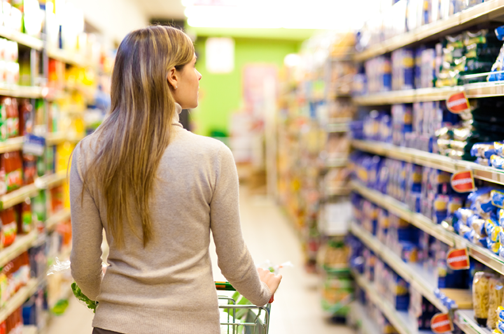 This Holiday Season: Is the Toxic Tide Turning?

Shopping season is officially upon us. Even if you’re a family that is anti-consumerism, some time between Black Friday and 2022, you might find yourself in a big store buying presents. This got us thinking about retailers and a trend we’re seeing. As an organization that’s spent more than two decades working to draw attention to the risks of toxic common chemicals, the last couple of months have been surreal head-spinners as not one, not two, but three different consumer product powerhouses said things we have always dreamed we’d one day hear.

In August, Proctor & Gamble quietly announced via its website that it intends to phase out its use of endocrine-disrupting phthalates as well as the hazardous antibacterial agent triclosan. Then in September, retail giant Wal-Mart said it would require suppliers to disclose all the ingredients used in the products it sells and will target 10 high-priority chemical hazards for action. This was followed by an announcement from Target that it will begin rating products for sustainability and will heavily penalize those containing any toxins found on certain independent regulatory lists.

Fantastic news across the board, right? Well, hang on a minute. While these moves sound fantastic are drawing a lot of positive press, there are a lot of key details still missing.

Wal-Mart, for example, has yet to reveal the 10 chemicals on its priority list. The company also hasn’t explained what exactly it means when it says it will subject these toxins to “continuous reduction, restriction, and elimination.” At Target, the shopping public won’t see the new product ratings; these will be internal. So far the company has only said that these scores “will inform Target’s merchandising and product-placement decisions.” Even P&G’s phase-outs, which at least are specific and verifiable, are less than they seem—by the company’s own admission; its current use of triclosan and a single phthalate is already negligible.

So while we loudly applaud all these companies for joining the urgent conversation about toxic chemicals found in everyday consumer products, we’re not breaking out the champagne just yet. It remains to be seen if these moves mark a legitimate shift toward concrete sustainability or are simply feel-good PR moves that ultimately will mean little or nothing. As we think about the toxic toys so many kids will play with this holiday season, we certainly hope it’s the former. Still we’re putting more transparency on our holiday wish list.