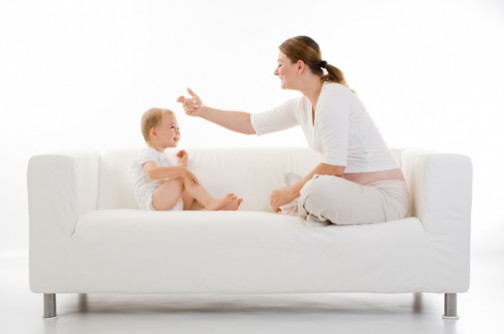 When you’re shopping for a couch, chances are you aren’t thinking about whether it’s going to increase your risk of cancer. But toxic chemicals, including those known to cause cancer, are in virtually all couches. And the newer the couch, the more likely it is to contain dangerous toxic chemicals in the foam.

Additional key findings from a new study released today in the journal Environmental Science & Technology include:

“Hard to believe, 35 years after our research contributed to removing chlorinated Tris from children’s sleepwear, our current study suggests that more than a third of American couches contain the same toxic flame retardant,” said Dr. Arlene Blum, co-author of the study, executive director of the Green Science Policy Institute, and a member of Healthy Child Healthy World’s Science Advisory Board. “And sadly enough, many Americans could now have increased cancer risks from the chlorinated Tris in their furniture.”

In addition to cancer, flame retardant chemicals are linked to serious health effects including lower IQ, reproductive disorders, and learning disabilities. The chemicals don’t stay locked in the couch foam; as the foam breaks down, chemicals are released in dust, which toddlers ingest or inhale as they crawl around on the floor, suck on their fingers or pick up toys covered with dust.

Lisa Turner, a concerned mother from Michigan, participated in the study. After learning that her couch tested positive for Firemaster 550, a flame retardant chemical, Turner said, “As a nursing mother, I have spent countless hours on my couch with my children. I shudder to think about what I unknowingly exposed them to, when they were most vulnerable. I shouldn’t need a Ph.D. in Chemistry in order to determine what products are safe for my family.”

What’s even worse than having dangerous toxic chemicals in the air and dust is that there is no data to show any fire safety benefit from using flame retardant chemicals. Indeed, the chemicals make the smoke from fires more toxic and deadly, posing an even greater hazard to firefighters or people trapped in a burning home.

Over a dozen states have passed legislation or have policies to reduce the use of toxic flame retardant chemicals pending. Most significantly, California is revising its fire safety standard, TB 117, which has become the de facto national standard and force for adding chemical flame retardants to foam. Last summer, Governor Jerry Brown decided to revise the regulation and “find better ways to meet fire safety standards without the use of dangerous chemicals.” Federally, the Safe Chemicals Act, which would overhaul the nation’s chemical law to protect health from toxic chemicals, awaits action in Congress.

In the meantime, we’ll have to wait for safer couches as there’s virtually no way to shop your way to a healthier couch. However, there are a few things you can do to reduce your family’s exposure to flame retardant chemicals in your home.