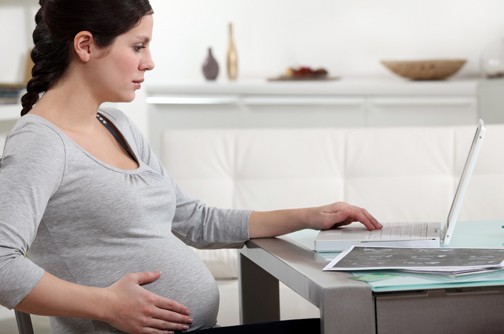 Is your OBGYN advising you about harmful chemicals?

In a strongly worded opinion, none other than The American College of Obstetricians and Gynecologists*** and the American Society for Reproductive Medicine in conjunction with the University of California, San Francisco Program on Reproductive Health and the Environment declared that:

“Robust scientific evidence has emerged over the past 15 years, demonstrating that preconception and prenatal exposure to toxic environmental agents can have a profound and lasting effect on reproductive health…. Exposure to toxic environmental agents also is implicated in increases in adverse reproductive health outcomes that emerged since World War II (and which) cannot be explained by changes in genetics alone.”

The opinion finds that there is much to be concerned about. Every pregnant women in the U.S. is exposed to at least 43 different chemicals, and many of these can cross the placenta. Such prenatal exposures are linked to negative health effects that occur not just in utero but throughout a child’s life. Prenatal contact with certain pesticides, for example, is related to an increased likelihood of childhood cancer.

Not surprisingly, children aren’t the only ones at risk. Adults are, after all, just grown up kids. The groups also cite evidence showing that chemicals harm the reproductive health of adults. They also implicate common endocrine disrupting pollutants like BPA, organophosphate pesticides, and phthalates as key culprits in this multigenerational problem.

Such dangers are not evenly distributed in the U.S.—while we’re all exposed to environmental toxins, minority families in impoverished areas typically face higher pollution levels and suffer from poor housing quality, psychosocial stresses, and nutritional issues that can exacerbate the effects of even low-dose exposures.

The opinion ends with a call for doctors to learn about these issues and actively advise their patients about avoiding toxins, particularly those who are currently pregnant and/or who are members of especially vulnerable communities or populations.

Such directives are badly needed and long overdue. They’re a highly effective first step all doctors should take with their patients, and we commend America’s reproductive physicians for taking action to make that happen. Can you hear us clapping?

Want to learn more? Check out these related articles on chemicals associated with reproductive risk: